The XE competes with the Audi A4, BMW 3 Series, and Mercedes-Benz C Class 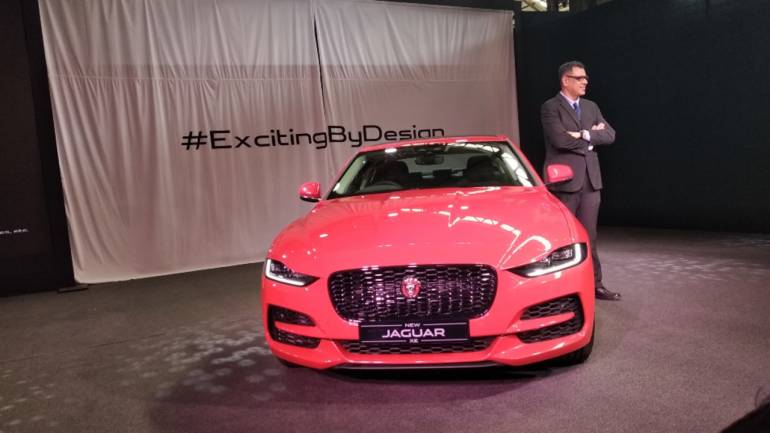 Tata Motors-owned Jaguar, the British luxury car brand, has rolled out the facelifted XE sedan at Rs 44.98 lakh (ex-showroom). Petrol and diesel variants are priced similarly with the top-end costing Rs 46.32 lakh. The XE competes with the Audi A4, BMW 3 Series and Mercedes-Benz C Class. The new Jaguar will come with two engine options and four variants. The older generation, BS-IV XE, was priced at just under Rs 41 lakh. The petrol variant of the XE is powered by a BSVI, four cylinder turbo motor that generates peak power of 250hp. A diesel variant of similar size offers peak power of 180hp. Jaguar's first all-electric vehicle, the I-Pace, will make its way into the showrooms in the next few months, which makes it the third electric luxury car to be launched in 2020. Mercedes and Audi are also going to launch an electric model each in 2020.

This will be followed by the Range Rover Defender launch in 2020. Jaguar Land Rover claims to have a market share of 16 percent in the luxury car category in the segments it is present in. JLR is not present in the compact segment which comprises models like the Mercedes-Benz A, B, GLA and CLA Class, BMW 1 Series and X1. The XE is the entry segment model for Jaguar in India.